Though they are related to food. Someone with an eating disorder has irregular and potentially harmful habits around their intake of food. But the reason why is usually much deeper.

Eating disorders can vary in severity from a general nuisance to a life-threatening illness. But you don’t need to suffer alone.

What Is An Eating Disorder?

Generally speaking, health disorders are either physical or mental. A thyroid disorder may impact your mental health, for example, but it’s primarily thought of as a physical illness.

When it comes to eating disorders, however, they’re largely both.

There’s a feedback loop that happens between the psychological and physiological aspects of eating disorders. It may begin with a preoccupation with one’s weight, or the attempted suppression of difficult emotions. This leads to the unhealthy eating behaviour exhibited in eating disorders, which may lead to weight problems, a preoccupation with eating (or not eating), and social withdrawal, which can heighten the original problems.

There are several different known eating disorders. Here are a few of the more common ones:

One is avoidance, leading to restricting your diet, avoiding certain foods, or avoiding eating altogether. or exercise excessively to lose weight.

The other involves acts of purging, with can include vomiting, taking laxatives or diuretics, or exercising excessively.

In either case, you may feel symptoms similar to obsessive compulsive disorder, related to both food and weight loss.

Some of the common symptoms of anorexia include:

Over time, anorexia can lead to severe health complications. Because of the lack of nutrients consumed, you may experience many of the symptoms of malnutrition. These can include:

Bulimia is an eating disorder characterized by binge eating and purging.

Like anorexia, those with bulimia generally have a distorted body image and overarching obsession with food. However, the habits through which it manifests are different.

If you have bulimia, you’ll be prone to frequent binging events. A binge is an episode where you eat a very large amount of food in one sitting, generally foods you try to avoid. In some cases, you may even recognize you’re binging, but you have difficulty controlling how much you’re eating or stopping, even if you recognize you’re full.

After a binge, you’ll purge in an attempt to either rid your body of what you just ate, or to compensate for it in another way. These behaviours include forcing yourself to vomit, or taking laxatives or diuretics, or fasting or excess exercise.

The symptoms of bulimia nervosa include:

Like anorexia, binge eating disorder generally begins during adolescence and early adulthood, and like bulimia it’s characterized by episodes of heavy binging as well as feeling a lack of control.

Symptoms of binge eating disorder include:

Pica is another eating disorder, characterized by the urge to eat things that are not considered food, like paper, hair, cloth, and even dirt.

Purging disorder is similar to bulimia, in that those afflicted will use vomiting, laxatives, or other forms of purging to control their weight. However, the binging element of bulimia is not present.

OSFED, or other specified feeding or eating disorder, is an umbrella term that refers to any other condition that mimics eating disorder-like symptoms, but doesn’t fit into any of the above categories

Research is ongoing into the causes of an eating disorder. While we haven’t yet been able to pinpoint the specific cause, we do know there are a number of factors at play, listed below.

It’s no secret that society maintains an unrealistic beauty standard.  However, though we’re all subject to these messages, only a small portion of us develop eating disorders. This suggests that societal influences might not cause an eating disorder, but it might exacerbate someone who’s already at risk.

If one of your close relatives had an eating disorder, you’re at greater risk for developing one yourself.  This is because certain genotypes are associated with eating disorders.

A significant number of people with an eating disorder also struggle with some sort of traumatic past.

Survivors of trauma may face feelings of guilt, shame, and a lack of control, all of which are associated with eating disorders. In some cases, your eating disorder may be a way for you to regain control of your situation.

If you’re experiencing distressing emotions, you’ll need to find a way to cope with them. In many cases, an eating disorder can be that coping mechanism.

If you’re suffering from an eating disorder, there are a number of supports you can reach out to for help in recovery.

Meanwhile, however, your eating disorder may have done some damage to your body.

Depending on the nature of your eating disorder, you may experience malnutrition, chronic pain, tissue damage, digestive disorders, hormonal imbalances, depression, anxiety, and more. Whatever your health issues are, Mahaya Health has a team of healthcare practitioners ready to help.

Eating disorders can be frightening, lonely, and life-threatening illnesses, but with appropriate treatment and a team of supports you can take steps towards recovery.

Start building a healthier life in body and in mind. 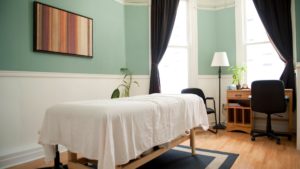 Mahaya Health Services offers a variety of naturopathic and alternative health solutions tailored to you, to help treat your health issues naturally.